Ryan Lile (a.k.a. The Savvy Traveler) caught my attention when he mentioned on Twitter that he almost ran out of funds on his first round-the-world trip. I later found out that he also started traveling right after being laid off and eventually turned himself into a successful online entrepreneur with a location-independent business. And then I just had to hear his story!

I hope you’ll enjoy this interview as much as I did.

You call yourself a “travel expert for more than 10 years“. Was this from the time you got laid off?

Yes, I started my crazy travel days right after my second dotcom job laid me off in the fall of 2001. Airfares were dirt cheap and I had some money from my severance package, so I flew from Los Angeles to Singapore for $450 round-trip. This was about a month after I got laid off. I earned my first airline elite status on that trip, the bonus miles and upgrades started adding up and I haven’t looked back since!

Did you have any savings or a job lined up?

I got laid off right before 9/11 and after that almost nobody was hiring. Between the recession and the holiday season, I didn’t expect to get any work until the new year, so I spent some of my severance money to travel around Singapore and Malaysia for a few weeks. No job lined up – just a round-trip ticket, a few weeks and a new place to explore.

What did you do after coming home from Singapore?

The fall of 2001 wasn’t pretty in the job market. After getting back I looked a lot for a job, but didn’t find anything until early 2002. Because I was hooked on independent travel after Singapore, I was already planning my next trip, which ended up beginning an entire move over to the Middle East for graduate school.

Oh wow, when were you there and how did you support yourself there?

I was there 2002 to 2003. I stayed for a year and had to leave when the U.S. invaded Iraq in the spring of 2003, as classes were cancelled. I supported myself by doing some part-time consulting — the first phase of my business.

Did you ever hold a job abroad as you travel?

I haven’t ever worked abroad. I’m lucky in that what I do now is mostly location independent, so I can serve my clients from anywhere in the world that has an internet connection. 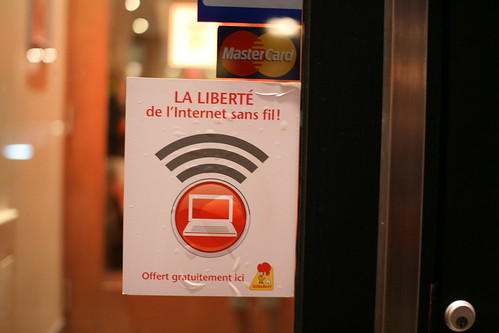 How did you start your business?

The business was an organic growth of my travel knowledge and experience. It started when an old boss (who knew I was a travel expert) called me and asked if she could outsource her travel to me. It grew from there, entirely through referrals and some mentions in major media outlets. It was a snowball effect. And after a few years, it led to me quitting my regular job — which was also in travel — to run my own consulting practice full time. I have since launched several new products, including the Frequent Flyer Academy and Travel Bootcamp training sessions.

Tell me about the time you almost ran out of money.

It was my first round-the-world trip, which lasted six months. I had worked for a few years to save enough money for the trip, but six months is hard to budget for. Unexpected expenses come up and funds don’t always last as long as you expect them to.

At the end of the trip, I was in a particularly expensive corner of Europe (Switzerland and Austria). I’m usually one to splurge on eating out and having a good time, but I really scaled back during the last few weeks of that trip. I cooked for myself, stayed in dorm rooms in hostels and didn’t go out to drink very much.

Financially, I was running on fumes and very glad (for once) to get back home and start working a regular job again.

Do you still travel much now?

Right now I’m traveling about 100,000-150,000 flown miles per year. Part of this is intentional, so that I keep my top-level airline status. And part is because I fly around the country to see clients, speak and conduct trainings. I also try to take three or four international trips every year just for fun.

Has your travel style changed from those early days?

My travel style has definitely changed. In my 20s, I would stay in hostel dorms and eat out less. Now that I’m in my 30s and a little more successful, I stay in hotels if I can afford to; otherwise I’ll book private rooms in hostels.

I tend to splurge on accommodation the most, with food a close second. Then I use my frequent flyer skills to book economy and fly in business class, which helps keep costs down without sacrificing comfort.

I know you use travel rewards extensively. Are your travels almost free now?

I do use miles and points extensively. Much of my travel is free, but part of the game is earning and keeping elite status, which usually requires you to fly so many miles per year. So it’s split between paid and free, with a focus on upgrading the paid tickets as much as possible. For the miles tickets, I only book business or first class tickets.

Was there any one moment when you realized you were actually nailing this supporting-yourself-while-traveling thing?


I’m not sure I feel like I’m there, even now. My ideal lifestyle would be to live and work remotely abroad for three to four months per year and I’ve only hit half that in recent years.

Right now, I’m focused on building my business and hopefully I’ll get there soon. I’d love to live and work in a city like Hong Kong for a month, then return home for a while, then head somewhere else for a month and so on.

What’s one tip you’d give to someone who wants to start accumulating miles and points?

For someone just getting into the mileage game, the first step is to pick one primary airline and stick with it. It may not always be the absolute cheapest, but building up a mileage balance and earning elite status leads to incredible perks, including free upgrades, bonus miles and priority services (shorter service desk and security lines, for example).

Would you have done all these things if you weren’t laid off?

Some of them, but probably to a much lesser extent. The layoff turned out to be a blessing in disguise as going to Singapore on my own sparked my wanderlust. I’d thank the company that laid me off, but they’re long gone!

If you enjoyed this interview and want to say hi to Ryan, you can find him at The Savvy Traveler website. He’s also on Facebook and Twitter!

If you want to try collecting air miles, here’s a good place to start: Travel Hacking Basics: 4 Easy Steps to Travel for Free.

The Crazy-Detailed Guide to AirBnB (With $25 Coupon + Pictures!)
Affording Travel Interview With Ania and Jon: Hitchhiking — It’s Safer Than You Think!