You are here: Home / Stuff Other Than Money / Use Travel to Start Talking About Money in Your Relationship

Did you know that money is the number one reason for divorce?

The other day, Money Moron came on TV and I quickly got hooked. (I still can’t decide whether it was a good thing that there was a Money Moron marathon on that day.) If you haven’t seen it, it’s a Canadian show about people who can’t handle money and how their behavior affects relationships, whether it be between couples, siblings or parents and children.

Money can really divide people who actually love one another. And many times, money is not the real problem, but lack of communication. It’s surprising how even couples with children can go for years without talking about money.

Travel and the money talk

Travel could bring more complications into this already potentially dangerous territory. But it can also be a great way to start a conversation about money.

The first time Cheesy and I talked about money was when we were planning a trip together about six months into the relationship.

We didn’t discuss how we were going to split the cost at first. But when he awkwardly mentioned that it was getting too expensive, I had to say something.

“Uh..you know I don’t expect you to cover everything, right?”

Well, he didn’t. He wanted to pay for the whole trip. (He was already working and I was a student.)

At my insistence, we decided on a compromise of splitting our big expenses like flights and accommodation approximately in half. I let him treat me when it came to meals.

The second time we talked about money was when he told me, after his trip to see me in Sydney, that he had racked up quite a bit of credit card debt during the two months he was there.

This was when I found out how much his credit limit was and how much debt he had. I also learned that he doesn’t usually carry any balance on his credit card.

The third time, I was filling out visa forms for my move to Canada. I had to get his employment papers and paychecks. This was when I found out how much he made.

Travel is a great prompt to start talking about goals and priorities.

As a couple, finance is a team effort. There’s no way to completely segregate your needs from your partner’s. This is why it’s important to align your goals.

Because we were in a long-distance relationship, from the get-go, we frequently talked about where we’d like to live and we both agreed that settling down in one place didn’t appeal to us. So we talked about travel and where we wanted to go and, naturally, how we were going to pay for all that traveling.

We talked about passive income and made it our shared goal. Over the years, this has made it ridiculously easy to make tough decisions.

We very rarely disagree about money. I’d like to think it’s because of trust, shared goals and healthy communication skills. But considering the haphazard way we fell into financial sync, I feel like we’re just lucky to have such compatible values.

Money doesn’t seem like a romantic subject of conversation, but it can be. When you sit down for Valentine’s Day dinner tomorrow, try broaching the subject. 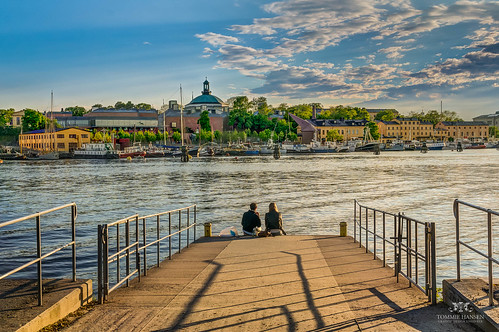 But save the talk of debts and budgets for later, especially if you’ve never discussed money before — it could quickly kill the mood.

Instead, imagine a future together — what does it look like? Daydream about a home, travel destinations and maybe even children. Talk about what you both want out of life and how you will get it. A shared goal can bring a couple closer together.

Have You Been to India? Help Sean Plan a Trip!
How Alex and Ben Make a Long-Distance Relationship Work