You are here: Home / Saving / Research Says You Won’t be Able to Travel in Retirement

Ads for retirees often show images of happy seniors enjoying trips to exotic locations, but that’s only the reality for a small number of people. For most retirees, that’s just wishful thinking.

Many people will not have money to afford retirement travel.

There have been quite a few surveys on this subject and they reveal the same thing: people want to travel when they retire, but they’re not doing much to make that happen.

HSBC Bank’s Future of Retirement study surveyed 1,000 Americans and found that 40 percent of them wish to travel extensively when they retire, but 30 percent admit to falling short of their retirement goals.

Another survey, by the Transamerica Center for Retirement Studies, asked 1,500 Americans and found that travel is one of the top two goals for retirement — second only to spending time with family and friends. Yet less than half of the respondents are confident that they’ll be able to afford to travel when they retire.

Not surprisingly, the top change retirees would have made if they could do it all over again is to save more money for travel. Just below that is to budget expenses more carefully.

If you want to travel in retirement, you need to set goals early and get to work.

After all, budget travel options tend to shrink as you grow older. You probably won’t want to crouch in a cramped bus for days or sleep in a hostel dorm room with a bunch of drunk backpackers when you’re 70.

For a regular trip with flights and hotel accommodation, a general rule of thumb is $5,000 for a couple. This should cover airfares, hotel stays and other expenses over a seven- to ten-day international trip

Of course, it’s still possible to do budget travel when you retire, too, if that’s what you want.

As long as you’re healthy, you can still do work exchange. And if you own a home, home exchange could be a great alternative to hotels — and it’s even cheaper than hostels! (Here, I interviewed a retiree who uses home exchange to afford travel. She has swapped homes more than 50 times over the years.)

And even if your travel style is more conventional, there are ways out there for you to minimize your travel expenses, for example by using discount travel booking websites or by collecting frequent flyer miles. As retirees, you might even have an edge because some companies offer senior discounts. 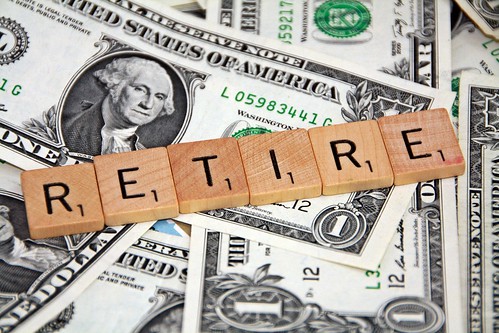 Regardless of how you want to travel in retirement, planning is essential if you want to make it happen.

Firstly, think about how you want to travel.

Jim Yih, A Canadian retirement expert, runs retirement workshops and says that most people, when asked what they want when they retire, answer, “I wanna travel more.”

But the truth is that, most retirees travel just as much in retirement as they did when they were working. In Yih’s words, travel is “the thing that we do when we’re not doing what we do the rest of the time”.

Next, figure out how much it will cost you.

For example, if you live in Canada to be close to the grandchildren and only take one week-long trip a year, then a few thousand dollars should be enough, depending on where you travel. Think of your retirement travel funds as separate from the rest of your retirement savings, which should go into your day-to-day living expenses.

If you plan to actually move to another country, though, you’ll need to figure out how much your living expenses will be. You may find that you won’t need much to retire in some countries.

Then come up with a strategy.

The default way to prepare for retirement is by regularly contributing into a retirement savings account. (Here, I interview Nora Dunn, who, despite her unconventional lifestyle, saves for retirement the normal way.) But it’s not the only way to do it.

You can be as creative as you want. How about starting a business and selling it right before retiring? Or can you hire a manager to handle the business so it continues to produce income when you retire? Maybe you can continue doing some consulting work in retirement?

For me, the plan is to build multiple streams of passive income. This seems like the ideal solution to me because as soon as I build enough passive income (I have a magic number in my head), I can retire and not have to work again. Ever. 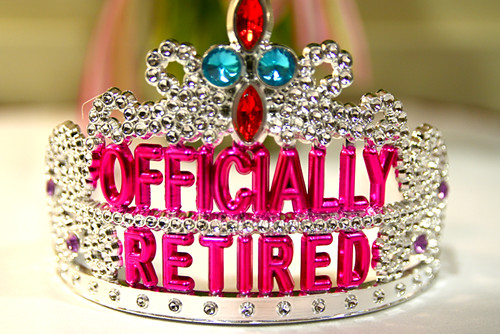 And once you’ve done all that planning, all you have to do is to make it happen. Be one of the few retirees who will actually be able to afford retirement travel.

What You Don’t Know About DCC Could Cost You Hundreds of Dollars in Credit Card Fees
Affording Travel Interview With Sean: Skateboard Coaching & Kickstarter Fundraising